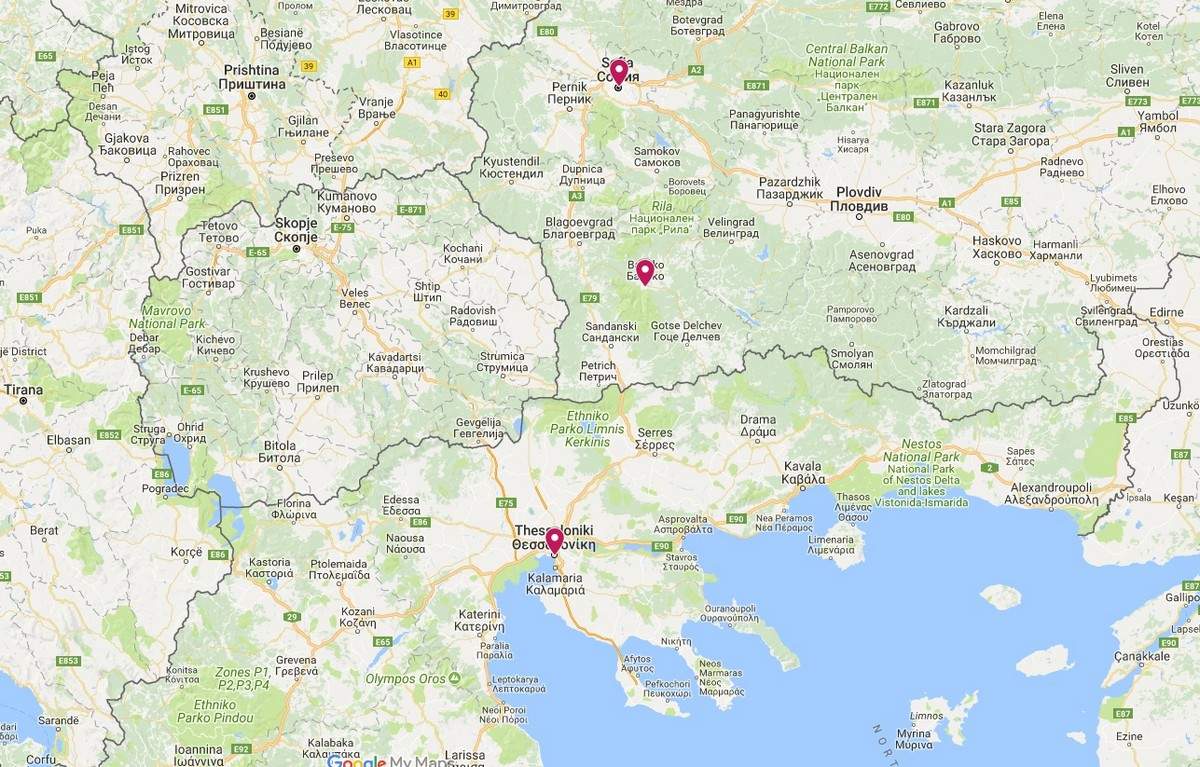 Bansko is situated approximately 150 klms km to the southeast of Sofia, Bulgaria, in the region of Blagoevgrad, in the foothills of Mount Pirin.

The nearest airport is the Sofia-Vrazhdebna Airport (SOF) and you can travel by car from Sofia to Bansko via highway A3 and Route 19 in approximately 2 hours (155 klmskm).

The hotel can organize private transports from the airport or any other pick-up point of your choice.

You can reach Bansko from Thessaloniki by car via highway E79 and Route 19 in approximately 3 hours (220 klmskm).

The nearest train station is located in Blagoevgrad, from where private transfers can be arranged as well.

There are also frequent bus schedules from both Sofia and Thessaloniki, as well as all major Bulgarian cities.

Bansko is a picturesque town in the southwest of Bulgaria, located at the foothills of Mount Pirin at an altitude of 925 meters.

In recent years, Mount Pirin enjoys increasing levels of popularity as a winter sport destination, as it hosts Bulgaria’s largest and most modern ski resort.

The exceptional, healthy climate with the long winters and cool summers, the quality of snow coverage and the beauty of the surrounding scenery also contribute in Bansko’s recent rise to fame.

Bansko attracts visitors from all around the world for its state of the art, majestic ski resort; but Bansko is not just about skiing.

The town of Bansko – and the entire Pirin region have plenty more to offer. Here is an indication of places of interest, in and around the town of Bansko, to quench your curiosity and pamper the adventurer in you: